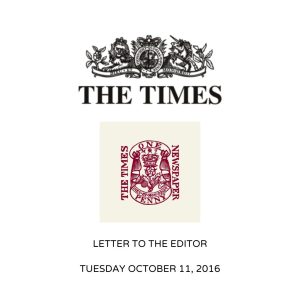 “Sir, Further to your report and Thunderer (Oct 7), pathological gambling is a medically recognised illness affecting roughly 350,000 people in this country, according to the Gambling Commission.

Although these numbers reflect a prevalence rate of less than 1 per cent of the population, the impact of this addiction on the individuals affected and on their families is devastating both emotionally and financially.

National and international studies have reported significantly higher prevalences of problem gambling issues in young people. Later maturation of the prefrontal cortex leads to higher levels of impulsivity and poor decision making and a preference for immediate gratification in teenagers and young adults thus making them vulnerable to impulsive actions. Primum non nocere (first do no harm) would be a logical and safe position in the debate over whether gambling adverts shown during sports matches are priming the brains of the young. I welcome the government’s decision to explore this matter further and trust that their final decision will be in keeping with our “do no harm” preference as well as with our country’s evidence-based approach when dealing with the health of the population, be they young or old.