At this year’s Latitude Festival, The Psychologist appeared in the Wellcome Trust Arena again, for Professor Peter Kinderman and Professor Victoria Tischler in conversation with Dr Henrietta Bowden-Jones. 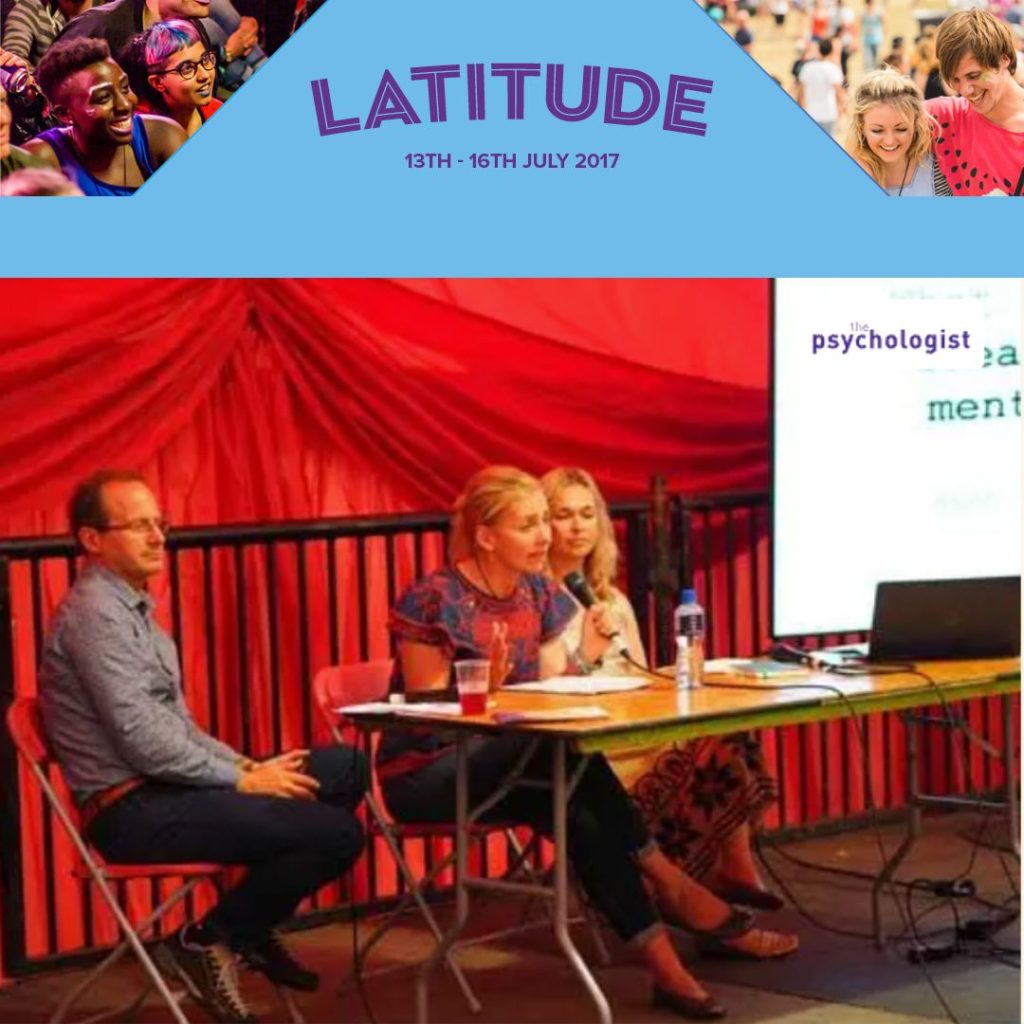 The Psychologist appeared at Latitude Festival in Suffolk for the third year running this summer, with two sessions.

Is it time for a revolution in how we think about mental health?  Peter Kinderman, Professor of Clinical Psychology at the University of Liverpool and author of A Prescription for Psychiatry, rejects the ‘disease model’, which views emotional distress as a symptom of biological illness. Instead he argues that mental health problems are fundamentally social and psychological issues – the products of how we understand and respond to the world. Instead of thinking about diagnosing and treating ‘abnormality’, Peter argues we should replace ‘diagnoses’ with straightforward descriptions of our problems, and shift away from the use of medication towards psychological and social solutions.

In conversation will be Victoria Tischler, Professor of Arts and Health at the University of West London; and Dr Henrietta Bowden-Jones, a medical doctor and neuroscience researcher working as Consultant Psychiatrist in Additions, and the current President Elect of the Medical Women’s Federation. The panel will consider new and creative approaches to wellbeing. Should we rip up the manuals and move forward with a new manifesto?